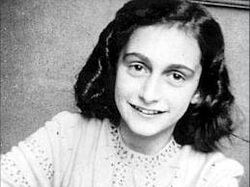 On February 27, 2014, the Superintendent, Bruce Rockstroh and the Executive Director, Brenda Murphy, took me on a tour of soon-to-be-open Anne Frank Inspire Academy!  It is a stunning school, and represents the epitome of designing a learning environment for 21st century school students.

We had visited the site in July of 2013;  the building was only a foundation, and a roof held up by the steel beams.  Bruce provided us with construction site hats and vests, and we explored.  The din of construction was constant.  There was no parking lot, just several inches deep of very fine, tan silt which covered us completely by the time we were through touring the site.  One thing, though, WAS finished - the classroom in a treehouse!  I went up, but I did not go down the slide;  Jerry did, though!  The lot was still densely packed with trees;  they have been thinned out by now, making room for many exciting and beautiful outdoor learning centers.  Outdoor Learning Centers include a fish pond, a garden, an amphitheater, a labyrinth, The trees, however, were not simply discarded.  Many of them became a beautiful part of the interior of the building.  You will see them in the Learning Plaza shown in another video below.
Powered by